My philosophy on the practice of law is simple:
"Treat all persons with the dignity and respect they deserve regardless of their background. Whenever the legal system does not work the way it was designed or intended, then it must be challenged. There is no greater way to abort justice than to condone or overlook an inept or corrupt legal or political system that does not protect its citizens."

Arlene L. Colon was born in Manila, Philippines where she lived before moving to Japan at age 15. Arlene then attended Zama American High School in Camp Zama Japan for 4 years and graduated second in her class as Salutatorian. After High School, Arlene enlisted in the United States Army where she proudly served her Country from 1990 to 1994. After completing her military commitment, Arlene attended Northwestern State University where she obtained a B.S. in Business Administration and graduated Magna Cum Laude. After obtaining a B.S. in Business Administration, Arlene moved to North Carolina and worked as an administrative assistant, waitress, and grocery store clerk all at the same time. Mrs. Colon later taught middle school and high school before applying to go to law school.

Arlene went on to attend Campbell University's Norman Adrian Wiggins School of Law, and completed her law degree in 2001 while raising a family and working part time. While in Law School, Arlene applied for and was selected to clerk for the Honorable Sidney S. Eagles, Jr., Chief Judge of the North Carolina Court of Appeals. Ms. Colon also volunteered and worked for the Franklin County, N.C. Guardian Ad Litem while attending law school.

After completing law school Arlene worked for the Rosen Law Firm in Raleigh, NC before opening her law practice in Wake Forest, N.C. in 2002. Ms. Colon has extensive experience as a trial attorney in family law, personal injury and civil litigation. Ms. Colon also worked and trained with some of the most experienced and renowned attorneys in the country that include Gerry Spence and Howard Nations. Ms. Colon is admitted to practice law in all North Carolina State Courts, The Federal Eastern District of North Carolina, The United States Supreme Court and is a member of numerous organizations.

Wake Forest, NC Attorneys Conveniently Located in the Wake Forest Business Park
at the Intersection of US 1 and Business 98 at Exit 125 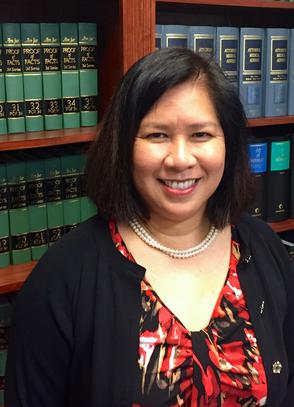