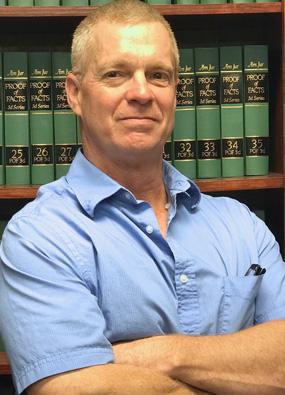 Mark, originally from Dayton, Ohio, dropped out of high school and worked construction for 6 years prior to joining the U.S. Army. After joining the Army, Mark obtained a GED, began taking courses in automotive technology, but later devoted most of his college studies to business administration and education. After serving as an enlisted soldier in the Army for 15 years, Mark attended Warrant Officers Candidate School and was an honor graduate by placing third in a class of 45 students. Prior to retiring from the U.S. Army, Mark deployed to Iraq where he served as the Battalion Maintenance and Movement Officer for the 230th Support Battalion, which was assigned to the U.S. Army 1st Infantry Division.

While a National Guardsman, Mark went on to become a high school teacher and later an Assistant Principal. After returning from Iraq, Mark served as the Education Officer for the North Carolina National Guard before retiring from the military in 2007. A devoted lifetime learner, Mark eventually completed about 260 college semester hours at nine different colleges while studying multiple disciplines over the course of 18 years while employed full time.

Wake Forest, NC Attorneys Conveniently Located in the Wake Forest Business Park
at the Intersection of US 1 and Business 98 at Exit 125